The end, the final post. Yes, but also the best driving roads I’ve ever driven.

We headed from Yosemite to Kings Canyon and Sequoia National Park. I’ve ridden a motorcycle over these roads, but always in summer. They were fun, but the average RV was driving along at about 10MPH and sometimes people would even stop in the middle of the road to take a picture. Yes, just dead stop, in the lane of traffic. Fun.

You’d think we were speeding along through here this time with it empty,but the roads are so tight that just going the speed limit through the tighter turns the tires were squealing. It was a blast. Also, I made my new wife very car sick...

Here is just a close up of one tight section of turns.

Generally, when you’re on a bike or in a sportscar and you see a sign that says a 5MPH turn, it’s full of it. That’s for the RV’s. Well, on some of these if you take it all the way up to say... 10, yes 10MPH you’ll be screeching around the turns. It’s great. It’s the lowest speed, speeding I’ve ever done and had so much fun.

After some driving I made my wife sick, again. So we took a break. 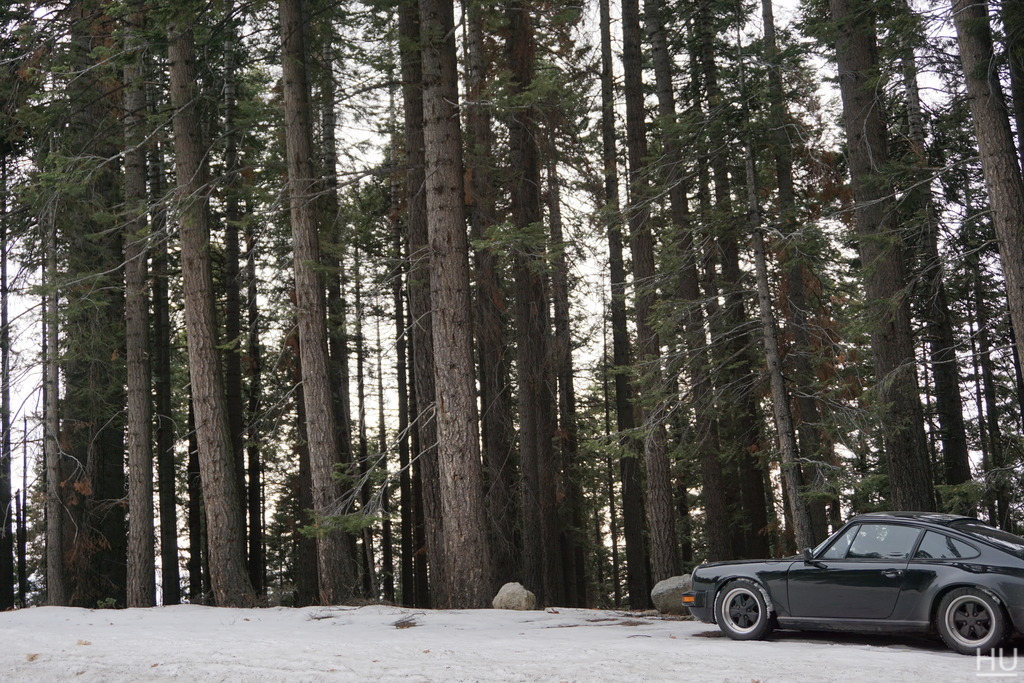 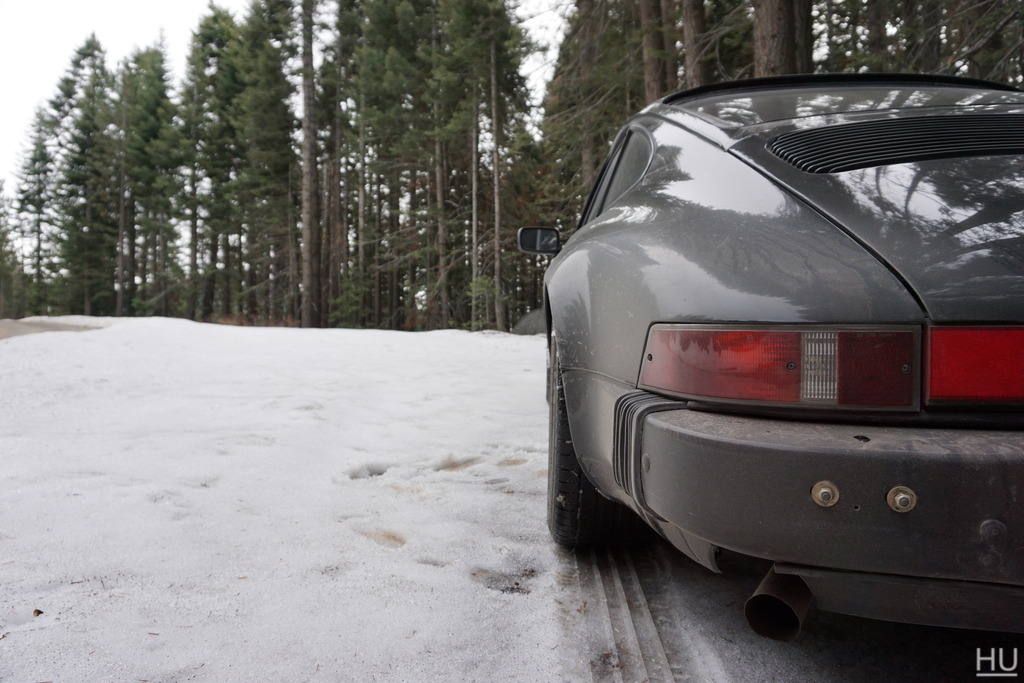 It was cold, but wonderful. We sat on a giant downed redwood and just relished how quiet it was. “There goes the one truck we passed earlier.” Although, she’d never been here we both knew how lucky we were to have the roads so open and quiet.

It was that point in the trip where you know the end is near, but at least for just a bit longer, you were in the moment. Not thinking about home, work or problems, but just soaking in every ounce of what we could.

If you come all this way, you have to stop and check out the touristy stuff. These trees are on a scale that we both agreed was very disneyland-ish. I hadn’t been here in several years so it was fun to rediscover them with her. 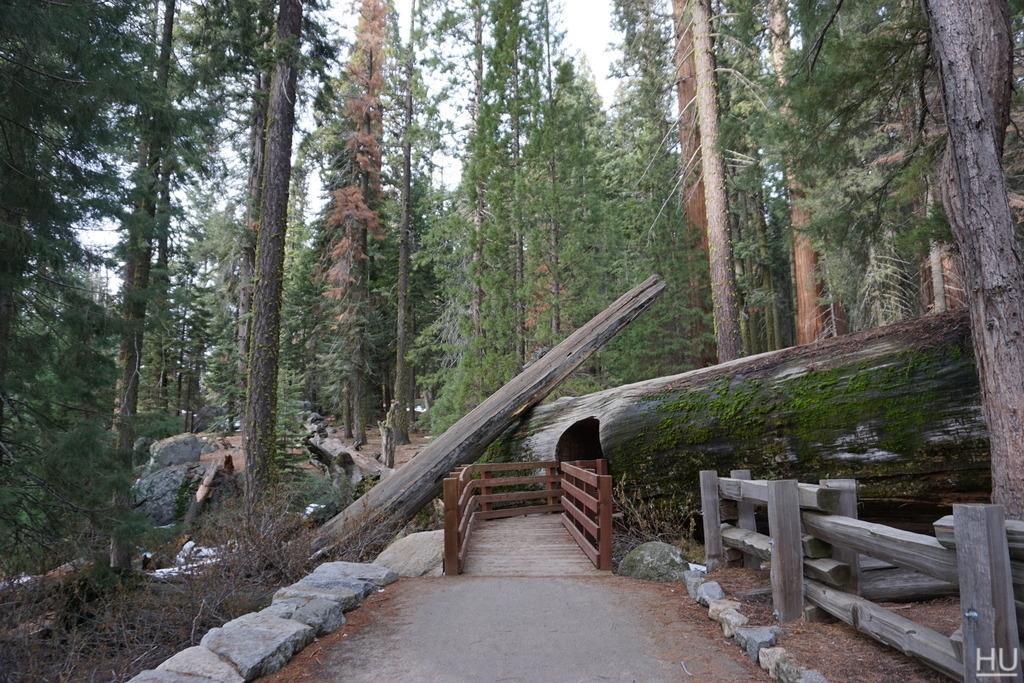 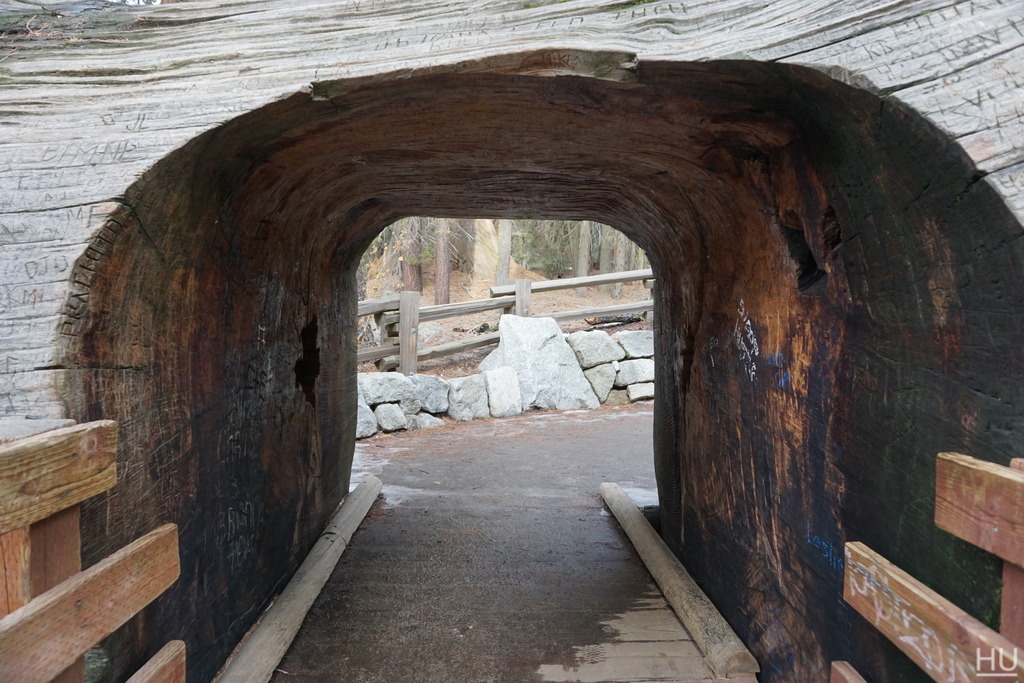 Just the root structure of one Sequoia is like a work of art.

It’s pretty tough to photograph a tree that’s bigger than the statue of liberty.

Seen here by a recreation of when Spacemen (or women) and Ms. Liberty tried to fight off evil blue whales who tried to attack the tree while a dinosaur ran away. #knowyourhistory (Is Liberty Flipping us off?)

It’s not just the giant tree’s around here. It’s all of them. The moss covered ones too. They all seemed “extra” amazing.

Interesting footnote. I took this photos of part of a tree to show the rings of it. JUUUUST to the left of this frame is a hippie dude laying on the tree, hugging it and putting his face on it making noises like “OHHHH, MMMMMM, OH MYYY, I LOOOVE YOU TREEEEE.” It was a bit odd, but funny. Let’s just hope he’s not driving with what he’s on.

General Sherman in the middle with 2 other giants on either side.

The scale is so hard to comprehend. The black hollow area on the tree above/left was large enough to make a nice fort inside of. Maybe even a 1 bedroom apartment.

Remember that map above that had a road that looked like spaghetti. Here is a small view of a bit of it.

Most of the road had this stone wall inches on the side of it. It was talking to me. “Come here, just a bit closer, I want to EAT YOUR MIRRORS!”

Ugh oh! She’s feeling sick again. I’m a jerk, but every time I try to take it easy, I just start slowly increasing my speed, just a bit, just a skosh, just for a second to see how it feels...

I love this picture. I’ve stopped at this break spot on a motorcycle, but remember being hot, sweaty and surrounded by cars. Today, it was perfect. What a view.

From her point of view.

We kept meandering down the switch backs. Many turns were more than 180 degrees winding back on themselves. We shot some video footage out the window which I’ll share later.

All of a sudden around one corner was... HIM. The average asshole. The guy that thought since it’s a quiet day, why not stop in an area with no shoulder and just get out and take a picture. So, there he was in a section of 45MPH road right in the middle, at a dead stop. I gave him the proper salute and we kept on driving, realizing that even on perfect days, you’ll meet an asshole.

We headed back into reality. Back onto normal roads and even highways. We spent the night near Bakersfield and the next morning went to visit my buddy Dennis. He’s actually the one who married us. You may remember him from the posts where I spent years mapping the dirt trails of the southwest. It was good to check in with one friend on a trip where we’d otherwise been hermits.

After that we headed for Palm Springs and the final night of the trip.

We were happy to get home, back to our place, but we were also bummed. Ending adventures sucks, but it helps if you remember that life is the main adventure and you have to always keep the next trip planned. It’s the carrot on the stick to get you back to work.

Condor did well. We shattered a headlight, but it held together thanks to a vinyl cover I applied before we left. We added just about 3.5 quarts of oil, but given the mileage that’s fine with me. There was no other issue to speak of. I was in awe of this car and not wanting to jinx it, neither of us said how impressed we were until we were driving down our own street.

Maybe buying my dream car wasn’t such a stupid idea after all. Maybe...